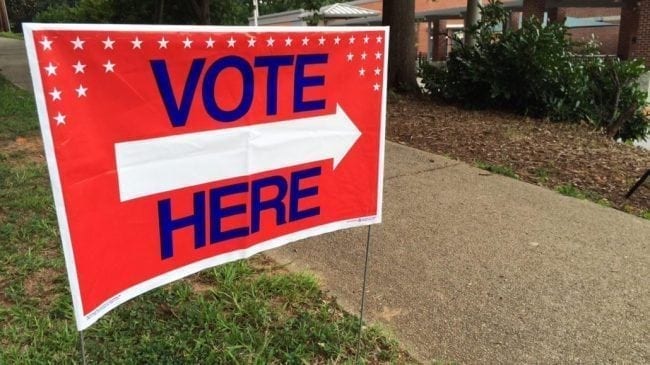 Barring any changes to the result from the full by hand recount triggered by a risk-limiting audit announced by Georgia Secretary of State Brad Raffensperger last week, and potential subsequent recount requested by President Trump, this would be the first time since 1992, and just the fourth time since 1960, in which Georgia has voted for the Democratic nominee for President. The state last elected former President Bill Clinton in 1992, and also voted for former President Jimmy Carter in 1976 and 1980.

The state recorded large turnout numbers in 2020, recording nearly 5 million votes (4,992,285 exactly). Voter turnout increased by nearly 20% compared to turnout during the 2016 election, in which 4.16 million ballots were cast.

What was the key to Biden’s historic victory in Georgia? Data suggests that young voters, ranging anywhere from 18-29 years old, were the key to the former Vice President’s narrow (projected) win.

Why It’s Newsworthy: Georgia is one of the most important states in the 2020 electoral college, and is projected to vote for the Democratic candidate for President for the first time since voting for Bill Clinton in 1992.

Evaluating the Importance of Young Voters as Part of the Electorate

Many young voters in the 18-24 age group voted in a general election for the first time in 2020. According to data from the Pew Research Center, young voters made up a large portion of the electorate. Looking at the data at face value, voters in the age group make a big difference in how elections have played out in 2016 and 2018. 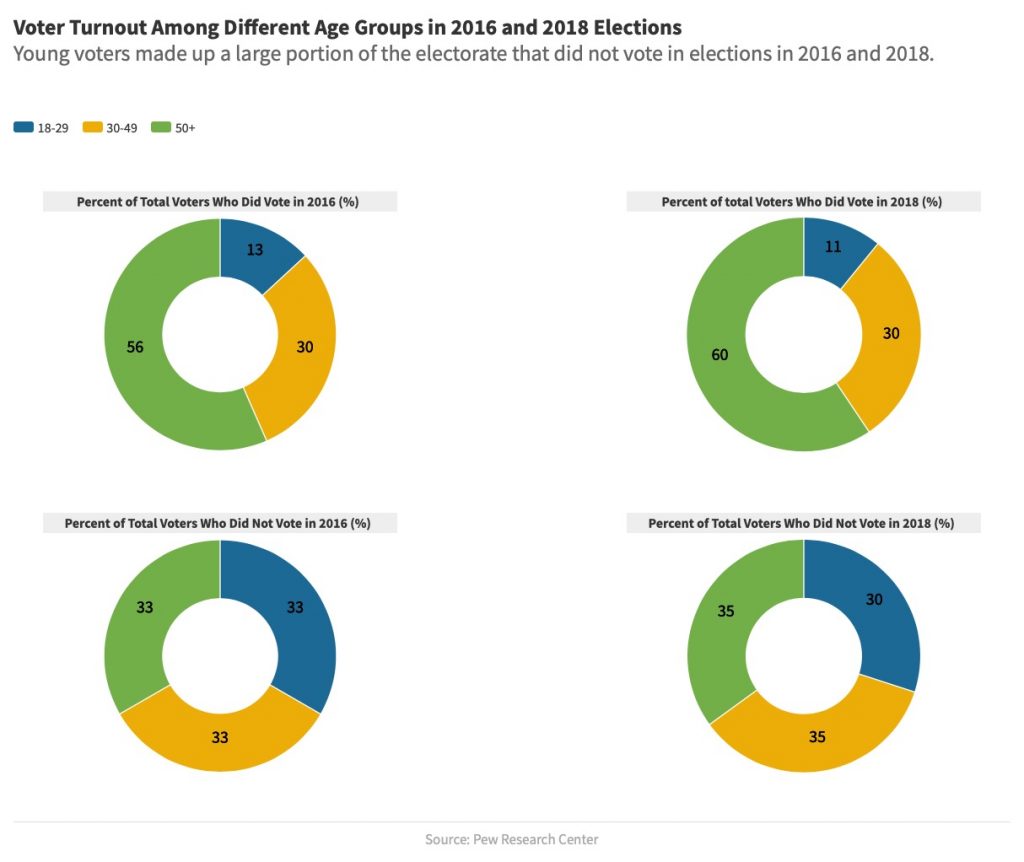 Voters in the 18-29 age group made up a large portion of voters who did not vote in 2016 and 2018 elections. Meanwhile, older voters recorded larger turnout in elections, including the 2016 general election. (Though the research center expands the age group from 24 to 29 years old, the age group still consists largely of first and second time voters)

Alex Wahoski, a 2020 graduate from Kennesaw State University who voted for Joe Biden, is one of the many young voters who didn’t vote in the 2016 general election. He said that motivated him to vote in 2020.

“I guess I just wasn’t really aware,” Wahoski says regarding not voting in 2016. “I don’t think I probably felt like my vote mattered in that moment, or that really was going to go [in] a way that I didn’t think it was going to.”

Why is this important? The data shows that middle-aged voters also make up a large portion of the electorate who didn’t vote in said elections. What makes young voters so special?

Hailey Sizemore, a senior Early Childhood Education major at KSU, says she voted for Joe Biden because of her future career in education and the Democratic party’s position on the subject.

“For me, I vote Democratic, because as a future educator, I want to be able to give these kids the future they deserve,” Sizemore says.

Meanwhile, Hannah Arnold is a senior marketing student at the University of Georgia who voted for President Trump in 2016 and 2020. As someone looking for a job in the near future, she says, she feels President Trump is the most qualified candidate for her.

But she voted for the President not for a single issue or for the Republican party, but because she truly felt he was the man for the job.

“I’m not a single party or single-issue voter,” Arnold says. “I just think that [President Trump] meets the needs I have in my head.”

How does this relate to voting in Northeast Georgia? Data from the Georgia Secretary of State’s Office regarding registration data suggests that voter turnout from this age group in 2020 could be higher than in the 2016 or 2012 general elections.

Because the 2020 elections results in Georgia have not yet been certified, data that shows voting trends among different age groups this election cycle is not yet available. However, there are ways to notice a trend in voting patterns through an analysis of data that is available.

According to the U.S. Census Bureau, 61.4% of the national population that was eligible to vote reported casting a ballot. In 2012, 61.8% reported voting. Voter turnout among voters between 18 and 24 years old in Northeast Georgia was below the national average in 2016 and 2012 (I’m going to now refer to this age group as “young voters”).

University of Georgia professor of political science Trey Hood says there are multiple reasons why young voter turnout is low.

“A lot of young voters are unsettled–they’re not permanently located, they’re moving around,” Hood says. “Those people are less likely to vote because they don’t have any roots in the community.”

In Northeast Georgia during the 2012 general election between former Massachusetts Gov. Mitt Romney and incumbent President Barack Obama, young voter turnout fell below national averages in all six counties in our coverage. Athens-Clarke, Barrow, Jackson, Madison, Oconee, Oglethorpe). The two counties with the best turnout in the age group were Oconee and Oglethorpe county, both of which recorded 58% turnout.

During the 2016 general election, only two of six counties surpassed that average in young voter turnout. 63.15% of young voters in Athens-Clarke county cast a ballot and 61.18% in Oconee county. Barrow, Jackson, Madison and Oglethorpe all fell below 55% but above 45% turnout.

Despite relatively low turnout numbers in 2016, turnout did increase in 2016 in four of our six counties. Barrow, Athens-Clarke, Jackson and Oconee counties all recorded increased turnout from young voters in 2016 from 2012.

According to the following data obtained from the Georgia Secretary of State’s Office (2020, 2016, 2012), voter registration has increased substantially in the state since 2012. Young voter registration in counties such as Jackson and Barrow counties increased by more than 50% from registration numbers in 2016. Given the data regarding turnout rate and party preference in this age group, the data available suggests (while not concrete by any means given the state’s current situation) that young voters voted in large numbers for former Vice President Biden.

Hood agrees that young voters in recent history have voted towards the Democratic party.

“Over the last decade or so, when they do turn out, younger voters have tended to favor the Democratic party over the Republican party,” Hood says.

Statewide, the total number of registered voters increased by nearly 9%. In 2016, there were 6, 637, 939 registered voters, both active and inactive, in the state of Georgia. Reported on November 1 by the Georgia Secretary of State’s Office, total voter registration for the 2020 election was 7,233,584 people.

It’s possible that because of the surge in young voter registration and turnout from 2012 to 2016, the age group could go against historical trends in 2020.

Comparing Turnout by County to the 2016 General Election

Northeast Georgia did not change very much in terms of how they voted between 2016 and 2020. Joe Biden did perform marginally better than Hillary Clinton did in the area; however, President Trump performed well across five of our six counties, the exception being Athens-Clarke County.

How did Young Voters Affect the Election Results in Georgia?

Although Joe Biden did not do substantially better in Northeast Georgia than compared to the rest of the state or Hillary Clinton’s performance in 2016, current data shows that young voters make up a large part of the electorate. But something important to note is that Hillary Clinton lost the state of Georgia to President Trump by more than 200,000 votes. Joe Biden, meanwhile, is currently leading President Trump by more than 14,000 votes. Young voter patterns in the last four years suggest that they primarily vote for Democratic candidates for office over Republican candidates. Given the substantial increase in Georgia voter registration in the age group since 2016, it is very possible that young voters were significant in the 2020 election in the state of Georgia.

It’s difficult to pinpoint the age group’s exact impact given the unavailability of 2020 election demographic data and the ongoing recount, but recent trends and voting patterns point toward the possibility of young voters going against historical trends in 2020.

Alexander Merritt is a senior majoring in journalism at the Grady College of Journalism and Mass Communication at the University of Georgia.

Local Campaign Ads Pile Up in Trash After Election Day 2020 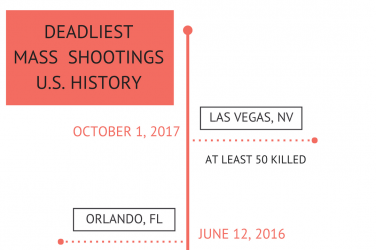 People in Las Vegas are still reeling from the deadliest mass shooting in United ... 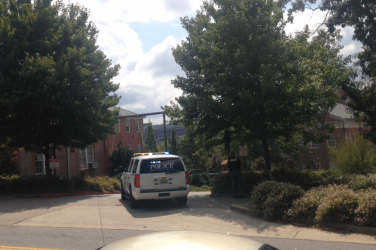 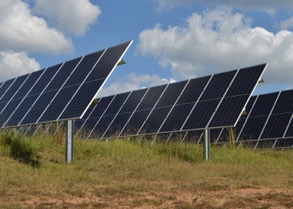