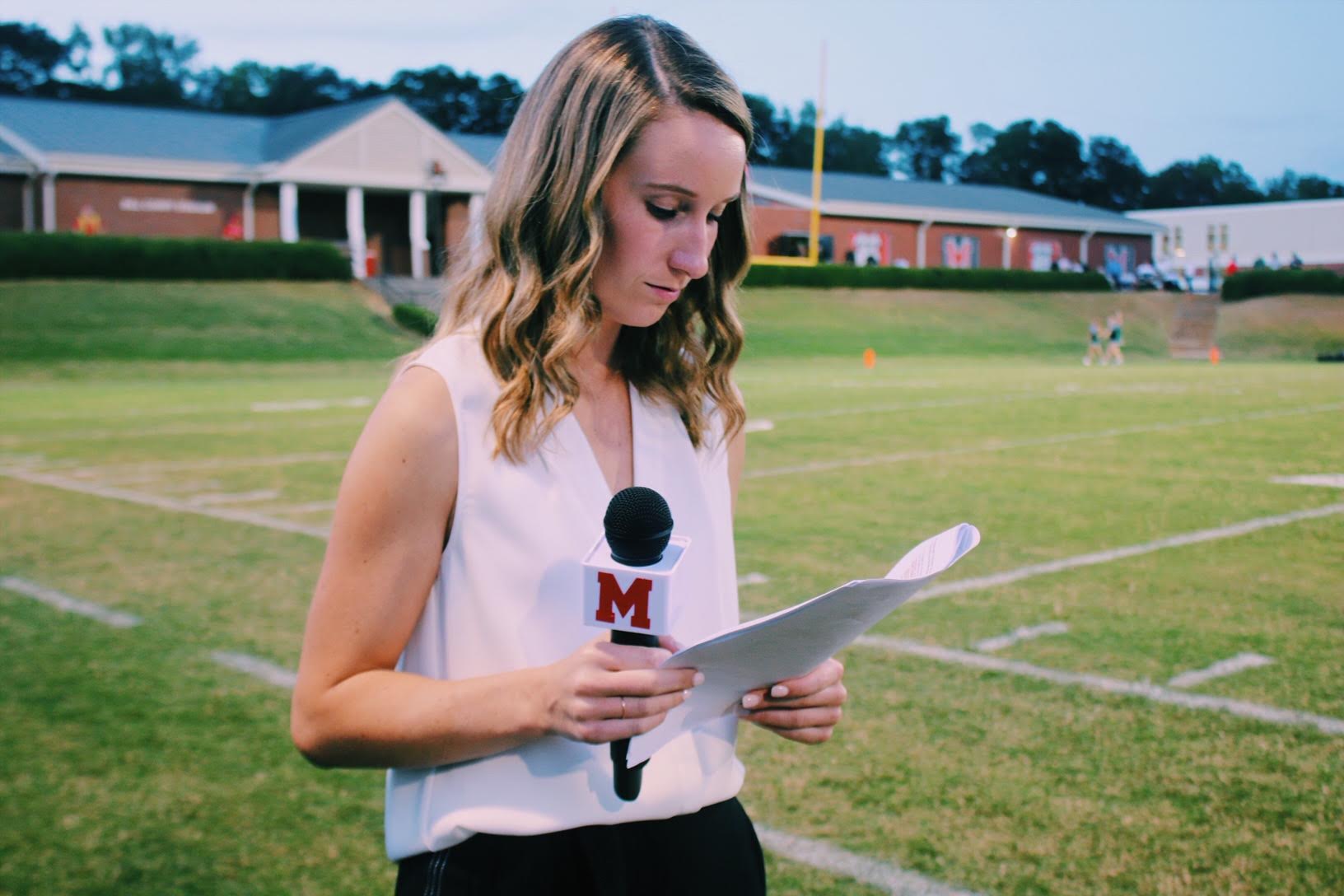 In this annotation, Jonathan Crandall interviews Nicole Shearin to discuss the process of sideline reporting during high school football games. Shearin describes her perspective on what to do on the field and how the Sports Media classes at Grady have made her a better journalist.

What is your overall objective when sideline reporting?

You serve as the person who’s giving the information to the viewers that they wouldn’t necessarily see by just watching the game. So, yes, I could stand down there and say, “Fromm threw for this many yards,” but they can see that on the television screen, and that’s what the play-by-play and color analyst talk about. So it’s really important that you have that balance between the play-by-play and color (analysts) saying one thing and then my job as a sideline reporter is to give a fun story about the player who just scored a touchdown. Maybe it’s about a record he just broke. You tell stories; you’re storytelling.

How much does research play a role in sideline reporting during a live broadcast, as far as obtaining information about the coaches, players, teams and all-around culture?

The most important thing with sideline reporting is background research, prep, going to practice and interviewing the coaches and players. That’s where you get your stories for sideline hits (actual on-camera reporting on the sideline during the game); by talking to them and getting the inside scoop that the normal viewer wouldn’t see. That’s your job, to update what’s going on in the game, but also give those storylines that viewers wouldn’t normally see on a day-to-day basis.

So it’s more than just reporting on the game itself?

Yes. For example, Morgan County High School’s defensive line is called the black ops. That’s a theme they’ve had throughout the semester. They called October, Optoberfest throughout the month. I could never find that online. That’s something that you figure out by interviewing the head coach, the defensive coordinator, talking to the players and really getting those deep storylines that you wouldn’t find on the Internet.

When you are reporting live, what are some of the challenges you face?

On our first broadcast (part of Sports Broadcast and Production class with Professor Vicki Michaelis), a player got injured. Professor Michaelis always told us if there’s an injury that you’re the only one on the sideline and since you have the best view, you need to figure out what’s going on. But there’s a fine line between being respectful and realizing that you’re obviously not a doctor. I can’t report on air that he broke his ankle when I have no idea. So you really have to report by observation … there is a very fine line between assuming that something happened versus observing what happened.

Are there other challenges?

Yes, I know for me at least, it was really hard because you have all these stories planned and you want to use all of them. I would have 15 storylines planned, but only five are used because you’re not gonna get much camera time. You’re not going to get all those storylines in, and you cannot go into the game knowing what you’re gonna say. For example, in my first game, Trent Folds (Morgan County High School) was the quarterback, and it was his first game back from injury, so it was a really big deal. It was the theme of our broadcast and one of my hits, so I wanted to talk to his parents. So I literally went up in the stands during the game and talked to both of his parents. I learned all of this information about them that I had no idea of before the game. So, you really need to go in thinking: OK, I have these storylines in my head and maybe I’ll use a couple of them, but I need to go talk to people at the game.

What noteworthy advice do you have for aspiring sideline reporters?

Something that I’ve learned … is the more you treat the interview like it’s a conversation, the more they’re willing to share. When I would go to practice, I would just go show up and sit down with a player who’s on the sidelines and just talk. It’s not like, “OK, I’m going to interview you now.” It’s more like, “What’s up? How’s it going? How was school yesterday?” It’s very much a conversation, and if they feel comfortable with you, they’re more willing to share information with you. So I think establishing that relationship and that comfort level is super, super important.

Check out Nicole in action below:

@nicoleeshe speaks with Morgan County head coach Bill Malone. He addresses the first half and talks the comeback game of Kobridgette Lumpkin. Morgan County leads Franklin County 35-9 at the half.

Nicole Shearin is a senior majoring in journalism at the Grady College of Journalism and Mass Communication at the University of Georgia. 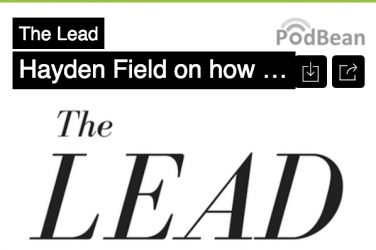 The Lead: Hayden Field on How Success Happens 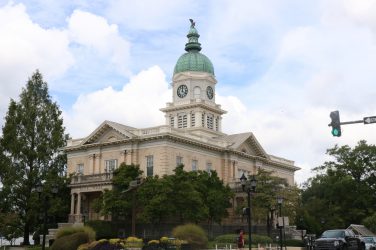 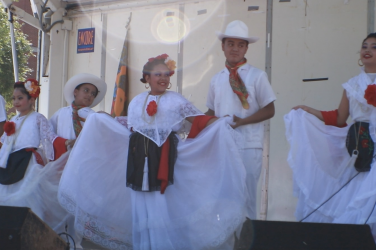 The Fall 2018 Mobile News Lab, as part of the James M. Cox Jr. Institute for Journalism ...