Collin McIntyre has been gardening since he was young. He loves to plant and grow flowers, fruits and vegetables and watch things that he nurtures grow and produce fruit.

For the past several years, Collin has been working on creating new hybrid plants that are unique to him.

Why It’s Newsworthy: Buying fresh produce locally is trending, and at-home-gardeners are encouraged to grow their own fruits and vegetables. All gardeners, even home gardeners, can grow varieties of plants that are entirely unique to their home and could be more resistant to diseases and viruses.

I think ever since I was little I always wanted to have my own plants, and I think hybridizing them makes them unique cause you might have a plant that’S just yours and no one else’s. I don’t know why but that originality is just desirable to me,” Collin states.

Collin has been working most recently with hybridizing potatoes. He’s started out with a seed cross between purple fingerling potato and white potato. Creating your own hybrid is a long process but produces unique fruit.

For the at-home-gardener, creating a unique hybrid can take between three and five years, which is short compared to the process of getting a hybrid registered to be sold commercially.

“Hybridizing can be as complex as splicing different genes from different plants in a laboratory or it can be as simple as taking the pollen from one flower and putting it onto the stigma of another flower,” Collin says.

How To Create Your Own Unique Plant

Cyra Malec is a recent UGA graduate with a degree in ecology. She notes that by planting seeds, you are able to get more diverse plants.

The first step to creating a hybrid is to start from either seeds you cross-pollinated or from purchased seeds. For potatoes specifically, the next step is to plant them and grow them for the next few months.

“While they’re young, I’m not planting them out in the yard. I’ve lost a lot of young plants to weeds, so this year I’m just planting them all in pots. Potatoes require good fertilizing and hilling them up, so as the plant grows taller I keep putting dirt around the stem because the potatoes will root along the stem and keep producing more potatoes,” Collin says.

Creating your own unique plant doesn’t require a large space. Grow your own hybrid with pots on your patio.

“That’s the hardest part, certain varieties will die because they don’t have good storage ability. You want to maintain proper humidity levels, proper darkness so that they don’t sprout early or rot. Rotting is the biggest problem,” Collin says.

To store potatoes, they must be kept in a cold, dark space. Collin opts to use his fridge. He places the potatoes in a small amount of soil in a container and keeps that in the fridge until the next year.

The next time he plants the potatoes, they’ll start to produce more, larger potatoes. As the potatoes mature after being planted for the second time, they’ll begin to produce flowers which can then be pollinated.

While hybridizing doesn’t have to be complicated, it is necessary to know when to pollinate your plants and how to separate plants so they aren’t pollinated by other plants you have in the area. It also helps to remove male parts (pollen) from one plant’s flower, and female parts (stigma) from the other plant’s flower. This process is called emasculating.

After repeating this growing process with the new seeds collected from pollinating, the potatoes these seeds produce can be grown by cutting them into pieces to produce clones that are the exact same as the new hybrid.

One issue with cloning plants through cuttings, is that eventually they will begin to pick up different viruses. Asexual production is the process of growing through cloning.

Once a potato has had a virus, that virus stays in that plant. Cut potatoes into pieces that each contain an “eye” to grow them by cloning. Next season, plant each piece to produce more potatoes.

Since these potatoes are all genetically the same as the original or “mother” plant, they will still have the virus that the original plant had. Cloned plants accumulate the viruses inherited from their parent plants.

“Viruses infect the DNA of the cell. If a human gets chicken pox, it stays with you the rest of your life. Just like a potato, if a potato gets blight or a virus, it affects its DNA. If you were to take cutting or [clone] that potato, you are also cloning those viruses. Eventually, after hundreds of years or so it can mutate the plant so much that it no longer produces seed,” Collin says.

These viruses can mutate the flower so that it doesn’t produce pollen. Many potatoes now have come to the point where they can’t produce seeds even if they’re pollinated. In cases like these, a different potato plant must be used to produce the seeds.

The process of losing fertility due to viruses takes hundreds of years. Constant commercial cloning of plants can lead to problems with blights, because they are all genetically the same.

Seeds Are Way To Go

Planting from seed increases diversity, which means healthier plants that can build up better disease resistance.

“Seeds are more desirable because it creates diversity. A lack of biodiversity is what got us into the problems with potatoes to begin with, like the great potato famine in Ireland. They were all growing the same variety of potato so when the blight came every single plant died. Had they been growing their potatoes from seed, they probably would not have had that huge problem,” Collin shares.

By having plants that are genetically different, certain diseases that could take out one plant might not take out all of the crop. This also makes it possible to breed plants for better disease resistance while keeping plants diverse.

You May Not Get It Right Every Time

Collin first started out hybridizing garlic, but garlic is hard to grow and they died out after their first year.

I’ve been hybridizing plants for at least 5-7 years. Not all of my attempts have been successful, but part of having a green thumb is having two brown toes. It takes a lot of work to have a green thumb, but you’re gonna kill some things in the process,” Collin says.

Hale Trace is a senior majoring in journalism in the Grady College of Journalism and Mass Communication at the University of Georgia. 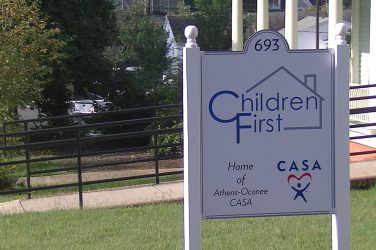 By: Janai James CASA is calling all volunteers in the area. The Athens-Oconee CASA (Court ... 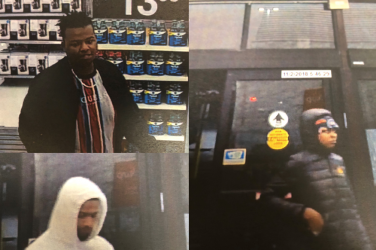 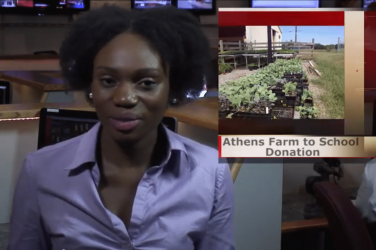