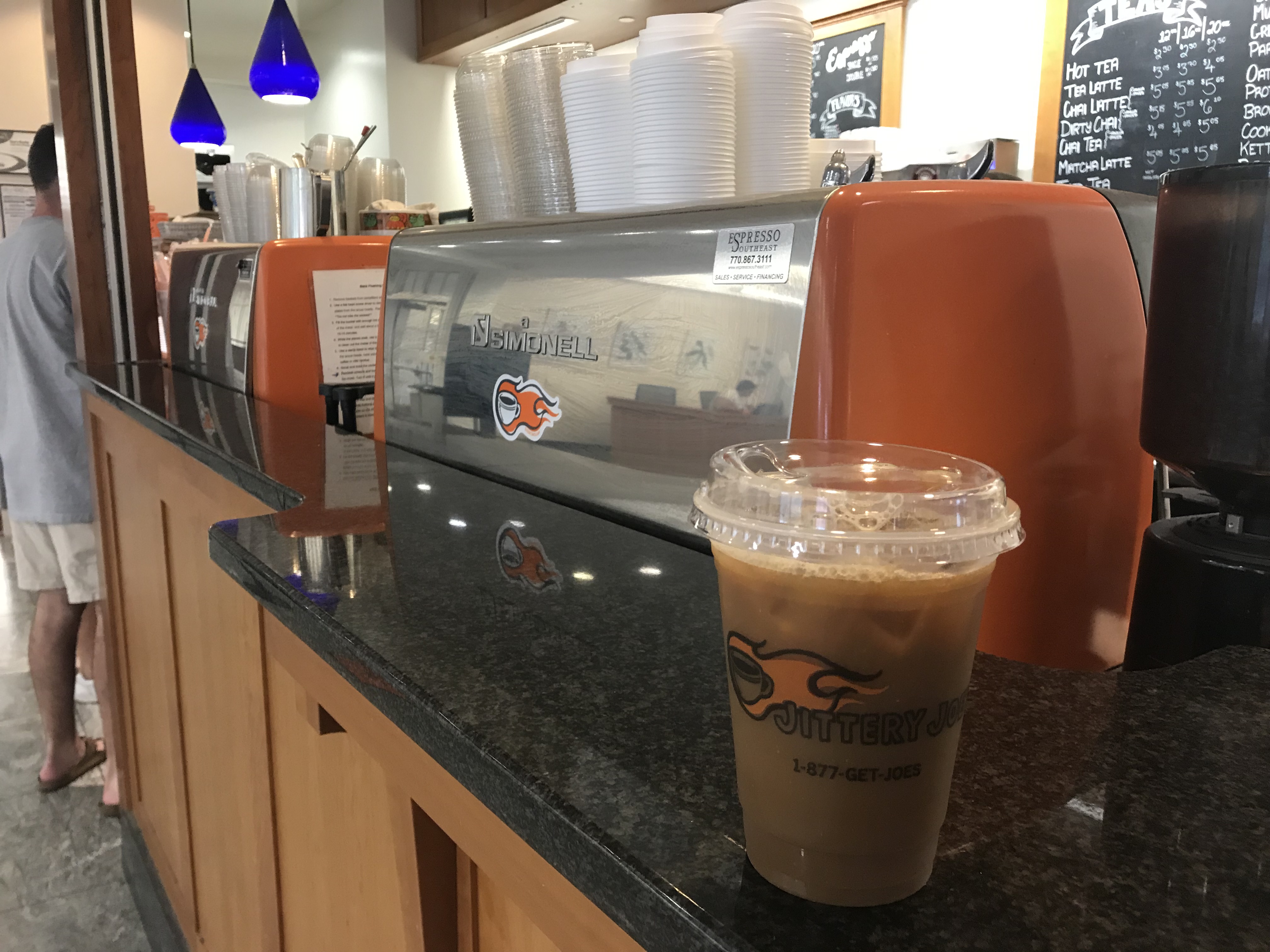 When University of Georgia students returned this fall for another semester in Athens, they discovered that their beloved coffee hub, Jittery Joe’s Coffee, had decided to board the nationwide movement to end plastic straw sales in an effort to become more environmentally friendly.

“One morning I arrived for my shift,” Jittery Joe’s barista Anna Dicosty said, “And a new shipment of strawless lids had come in without any notice from my management.”

For employees like Dicosty, the strawless lid adoption may have felt sudden, but not unwelcome. In fact, Dicosty considers Jittery Joe’s timing to be “overdue” from a global perspective, considering the coffee company didn’t go strawless until a whole year after the initiative was largely supported by Starbucks in 2018.

Why It’s Newsworthy: Americans use an estimated 500 million non-recyclable plastic straws daily, which contributes to more than 8.3 billion straws polluting oceans today, according to National Geographic. By local restaurants like Jittery Joe’s joining massive corporations like Starbucks to minimize straw use, modern day industries are the principal leaders in paving a way to a greener future.

How It All Began

Last July, Starbucks Coffee Company declared their company-wide goal to go completely strawless by 2020 in hopes to decrease their carbon footprint. As the world’s largest coffee company with more than 2,800 stores worldwide according to MarketWatch, Starbucks was one of the first large corporations to support the eco-friendly campaign that is now echoing across America for different entities, restaurant establishments, hotels and cities including Athens.

While Starbucks declared their eco-friendly initiative in 2018, the argument against straw usage began years before. According to National Geographic, the world is just now attempting to recover from its “plastic straw hangover,” which started over two centuries ago when an American named John Wesley Hyatt first invented durable plastic material in 1870. However, what started as a genius invention turned into a plastic monster that has contributed to the world’s reported 322 million tons of plastic waste by 2015.

In 2015, marine biologist Christine Figgener took a video of her team removing a plastic straw from the nose of a sea turtle and soon enough the video went viral (Time). Her team broadcast the message about the dangers of oceanic pollution of straws, especially because the millions of straws humans use cannot be recycled.

The average person uses 1.6 straws per day, and due to their light weight, recycling plastic straws is not possible. All of this plastic waste ends up directly in waste that makes its way to the ocean according to the Ocean Conservancy and USA Today. But by reducing the production and sales of plastic straws, restaurants and other entities hope to reduce that waste and pave a more eco-friendly path for their industries.

Over the last 30-plus years of International Coastal Cleanup efforts, more than 9 million straws have been collected from oceans thanks to Ocean Conservancy alone. This amount of waste threatens wildlife like sea turtles and multiple species of fish. In order to help solve this ecosystemic threat, 19,509 plus pledges from establishments and individuals across America have been made to the Ocean Conservancy to decrease plastic straw use.

Now, Jittery Joe’s has started its commitment to waste reduction following other popular Athens restaurants like The Grill, DePalma’s Italian Café, The National and Hilltop Grill who are collaborating with the Ocean Conservancy to either provide plastic disposable straw alternatives or “skip the straw all together” to join the ecosystemic solution.

“I like the straw-less lids,” UGA junior and Jittery Joe’s customer Hannah Broom said. “I actually think they’re easier to drink out of compared to straws.”

While plastic straw use is decreasing in the restaurant industry, demands for alternative straw options are increasing, ultimately creating more opportunities for other producers.

USA Today reported on the popular utilization of alternative straw materials such as paper and metal straws. However, they too present environmental problems—paper straws are a single-use commodity, thus further contributing to the world’s waste. Additionally, metal straws use a significant amount of energy to produce and are not biodegradable.

Another serious criticism against alternative straw materials and complete elimination is the effect on the disabled community. According to NPR, disabled persons who rely on bendable plastic straws to feed themselves are inconvenienced and can’t either eat or drink at establishments who no longer have straw availability.

With these criticisms in mind, finding the most efficient solution to the ecosystemic threat plastic straws present is a feat many manufacturers, restaurants and even universities are trying to solve—the University of Georgia being one of them.

The Search to Solve

In September 2018, the University of Georgia New Materials Institute presented their initiative to test the first biodegradable straw only a few months after Starbucks’ strawless call-to-action. The institute collaborated with the RWDC Environmental Stewardship Foundation in order to develop a completely biodegradable straw after receiving funding through an award from Singapore’s Temasek Foundation Ecosperity. The institute is currently working on a prototype to meet global standards for durability and consumer demand.

Thanks to university researchers and restaurants like Jittery Joe’s and their commitment to help find the most helpful and practical alternative to plastic straw waste, this small town is weaving its way into a story bigger than itself with one small, non-recyclable straw at a time.

“I’m personally a fan of the strawless lids,” Miller Learning Center Jittery Joe’s barista Anne Still said. “Even though some customers still prefer to use straws, I have definitely seen a decrease in straw usage since the switch to our new lids.”

Talley Davidson is a senior majoring in journalism in the Grady College of Journalism and Mass Communication at the University of Georgia and minoring in Spanish at the Franklin College of Arts and Sciences.

The Oconee County Sheriff’s Office is causing quite a storm on Facebook.  The number of ...

More voters have opted for third party candidates and write-in votes over the ...

Reporter’s Notebook: ‘It Really Does Feel Like Life Or Death’

For the past three weeks, I have been living in isolation with my boyfriend ...