An estimated $135,000 budget was dedicated to wages for the sheriff’s office employees with $85,000 allocated to deputy officers and $50,000 allocated to detention officers, according to Madison County Board Chairman Todd Higdon.

Prior to the recent budget approval, the Madison County Sheriff’s Office was looking to fill five open positions between deputies and the jail employees. All five positions were filled within a week after the budget allocation toward the sheriff’s office was passed.

In a small agency that employs 90 people total from 9-1-1 dispatchers to detention and patrol officers, the entire staff feels the effects of all budget increases.

“Madison County was about $4-$5 behind starting pay from surrounding counties between both deputy and detention officers,” Higdon commented. “It made it very challenging to hire and fill those vacant positions and/or retain the ones we had. They would come in and say ‘hey I need a raise,’ and we’d have to tell them they couldn’t get one. Next thing you know they’re turning in notices and leaving to the neighboring county.”

Why It’s Newsworthy: The approved budget increase from the Madison County Board of Commissioners provides hope for the Madison County Sheriff’s Office to fill open positions and retain current officers while they are actively looking to hire.

Following the approval from the commissioners, the new budget increase allowed the starting salary of deputy sheriffs to rise from $15.50 per hour to $18.25 per hour. The nearly $3 increase in hourly wages has already impacted the office as a whole, according to Capt. Jimmy Patton of the Madison County Sheriff’s Office.

“The starting pay increase has been a huge help already,” Patton said. “We’ve been able to fill three deputy positions since that’s happened.”

Despite three deputy positions filled already, 18 deputies have left the Madison County Sheriff’s Office just in the past three years. The office usually has 21 deputies assigned to the patrol division.

Patton agrees with Higdon that people are leaving their office due to higher paying jobs at other agencies or in completely different fields of work in general. He is hopeful that the new budget will continue to fix this issue, but there is one other reason Patton believes they are struggling to hire and retain employees.

“It’s not an attractive profession to get into at the moment for various reasons,” Patton said. “Most of the national media for the past year has caused our reputation to take a big hit. That’s filtered down to even the smallest agencies.”

Patton said that the office isn’t looking for just anyone to apply, though.

“We’re looking for someone wanting to make a career out of it rather than just another job,” Patton said.

Due to the COVID-19 pandemic that has been ongoing for nearly a year now, the office has had to halt their citizen ride along program, which allowed Madison County residents to shadow a practicing law enforcement officer.

Patton and the entire sheriff’s office believes that this is one of the best ways to get a sense of what it’s really like to be a patrol officer. The office wants to create spaces for more conversations between its citizens and themselves, so more people can ask questions about what the day-to-day job truly entails.

For Patton, he didn’t have a traditional hero story for his motivation to join law enforcement.

As soon as the pandemic ends, the sheriff’s office ensures that the citizen ride along program will resume immediately.

The Madison County Sheriff’s Office encouraged interested applicants to apply on their website at www.madisoncountysheriffga.org or visit the office in Danielsville, Georgia. 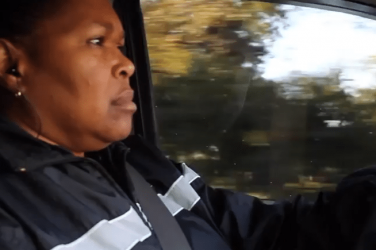 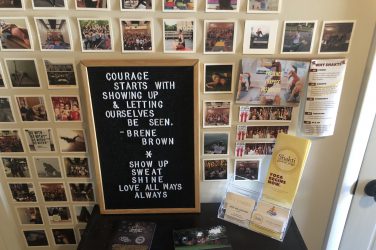 A love for Athens, a passion for healthy living and a desire to empower ... 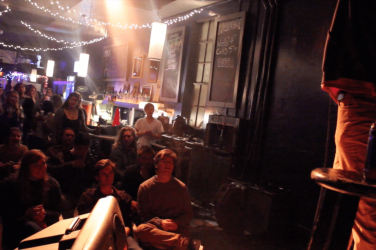 Comedy Clubs On The Rise

The amount of comedy clubs in Athens are on the rise, but the amount ...