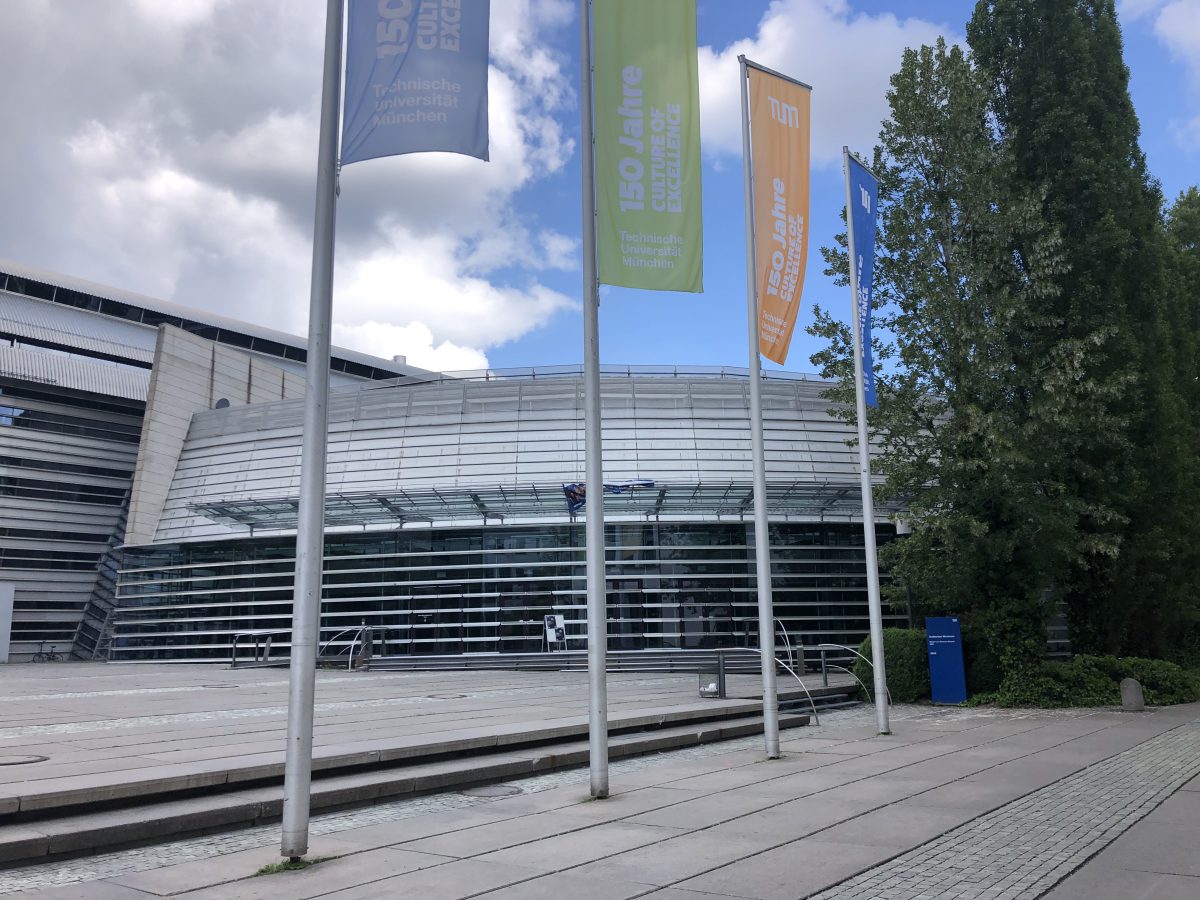 If financial burdens worry you when applying to college, you may consider attending a university on the other side of the world.

Americans collectively owe more than $1.5 trillion in student debt. With the cost of attending college at an all-time high and steadily increasing, many young people are choosing to take advantage of tuition-free universities abroad, according to the Open doors report.

Why It’s Newsworthy: At all public universities in Germany, students can obtain bachelor’s and consecutive master’s degrees without paying tuition.

According to the Cengage Student Opportunity Index, students think they will have their college debt paid off in six years when, in actuality, it takes closer to 20 years.

For students who want an education but don’t want to spend that time paying off student debt, studying in Germany is a cost-effective alternative.

Simon Peterson is a 21-year-old from Minneapolis, Minnesota. He completed the first two years of his undergraduate degree at the University of Minnesota and is now completing a semester at the Technical University of Munich, or TUM. He is pursuing a degree in electrical engineering. Peterson is fluent in German.  He learned it in high school and continued taking courses in college. Last summer, he completed an internship in Berlin. When he found out that his college facilitated an exchange program with TUM, he said,  “I thought it was the perfect fit. It just made a lot of sense to come out here and study. I love Germany.”

Edgar Hoover is a master’s student from Washington D.C. He earned his undergraduate degree from the University of Virginia and began his graduate degree program at TUM in April of 2019. He says his decision to come to Germany for his degree was not difficult. “There were a great deal of good reasons for my decision [to attend TUM], one of the biggest was probably how quality and inexpensive the education here is.”

I met both Peterson and Hoover at the TUM Language Café. This is a weekly event that encourages students from across the world to come together and learn different languages in a relaxed atmosphere.

The student café was full of young men and women and the sounds of at least 15 different languages.

Peterson was helping students practice their English while Hoover worked on perfecting his Spanish.

According to the National Center for Education Statistics, an undergraduate degree in the United States costs about $30,000 per year on average. This amount fluctuates based on if the university is public or private, if you are an in-state student or if you receive scholarships.

These factors included, nearly 60 percent of American college students still graduate with some form of student debt, according the United States Chamber of Commerce.

In Germany, all public universities are tuition-free. The only expenses you may be required to pay are a small enrollment fee and a semester fee. This fee is generally between 200 and 500 dollars per semester, depending on which university you choose to attend. A public transportation ticket is often included in this fee as well.

Peterson says he “loves school out here and it is so much cheaper that I am considering pursuing my master’s or doctorate degree here in Germany.”

“University is very cheap and student loans don’t really exist, in comparison to the US where I get the feeling that people need to find a high paying job after graduation in order to pay off student loans,” he adds.

If you are considering attending university in Germany, it pays to know what’s expected of you in the classroom.

“In Germany you are responsible for making your own deadlines throughout the semester. There generally is no homework and there are no midterms, only the final exam. As a result, your grade in that class consists only of the grade you get on the final,” according to Hoover.

He also adds that what he is learning in his classes at TUM has been much more applicable to his future career. “The lectures that I have been to so far apply the engineering theory to actual systems that are currently in commercial use.”

“In one of my classes there are people that have taken it like three times,” he says. He thinks this is due to the fact that, at least his classes, students skip class regularly, knowing they can pay 200 euro and take the course again if they don’t do well.

Failing is not inevitable, though. Hoover says students “are provided with so many resources that will help you succeed if you make use of them, but it is up to you to actually use those resources to prepare for the final.”

For some, the social aspect of college is as important as the actual school work.

A concern for some students, whether studying at home or abroad, is if they will make friends and if they will have fun during their time at university.

Peterson says, in his experience, there are ample opportunities to make friends from all over the world.

“For orientation at my university they tried to build the groups so that everybody came from a different country. These people, mainly Erasmus students, are now my closest friend group, along with the Germans who live in my building,” Peterson states.

He also adds, “I believe the type of person, their German skills, and the type of exchange program are the most important factors determining whether people will befriend other Americans or international and German students.”

Both men agree that incoming students have no reason to be concerned when it comes to making friends, regardless of what language you speak.

In terms of the social atmosphere in Germany, Peterson feels that the “vibe” is much more relaxed.

“I get the idea that people here care less about money and more about enjoying life. It is not a big race to the top when money and jobs are concerned,” he says.

Going to university comes with struggles, regardless of where you choose to attend. You are likely to miss your family and your home.

Attending university abroad may come with a few more struggles, such as the language barrier, but will also come its fair share of benefits.

Hoover says, “the worst part is being apart from my immediate family in the Washington, D.C. area” and “the lack of Chipotle in Germany can make life difficult.  That’s not to say that I don’t like the food in Germany, I just really like Chipotle.”

Another concern for many is the language barrier. Good news- you are not required to learn German before attending university here.

Though, Peterson does include “a lot of times you will probably wish you could though. It’s been good for me because it’s makes everything easier and the Germans appreciate that I put in effort to learn their language.”

Studying abroad, despite the difficulties that come with being away from home, has its fair share of benefits, as well.

Hoover says one of his favorite parts of attending university here is that “living in Germany makes travel pretty easy, at least if you live in a big city like Munich. You have the opportunity to visit other countries in Europe inexpensively.”

Both Peterson and Hoover mentioned how much they enjoyed the public transportation here in Munich.

“Not having to own a car is really nice, especially as a student,” says Hoover.

Peterson even says the public transportation is one thing he will miss the most when he returns home to Minnesota.

“I will also miss the great public transit. It is so easy to get from point A to point B without a car, and when I get back, I know this will not be the case. It is great for people who don’t want or can’t afford cars.”

Regardless of where you choose to attend university, you are sure to learn about yourself and your area of study.

“I don’t think that as an 18-year-old I would have been mature enough to live in a new country by myself. Because I have already had experiences here, I have made friends and connections so that I feel comfortable and at home here,” says Peterson.

Sarah Hawkins is a senior majoring in public relations in the Grady College of Journalism and Mass Communication at the University of Georgia.

The Technical University of Munich Sarah Hawkins
NEXT STORY 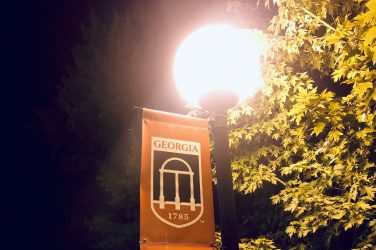 The University of Georgia is investing $2 million to enhance lighting and safety on ... 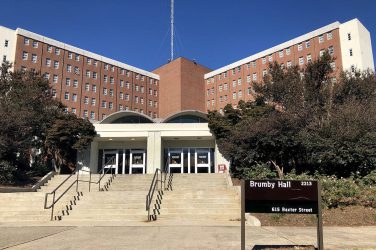 With Possible Renovations Upcoming: A Look Back on Brumby Hall

On Oct. 9, the Georgia Board of Regents reviewed a proposal for a potential renovation on ... 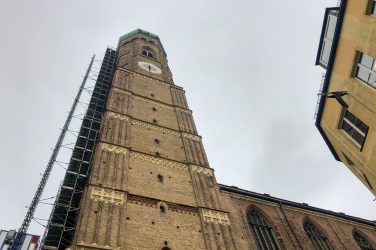 Visit this symbol of Munich and you can see with your own eyes what people ...