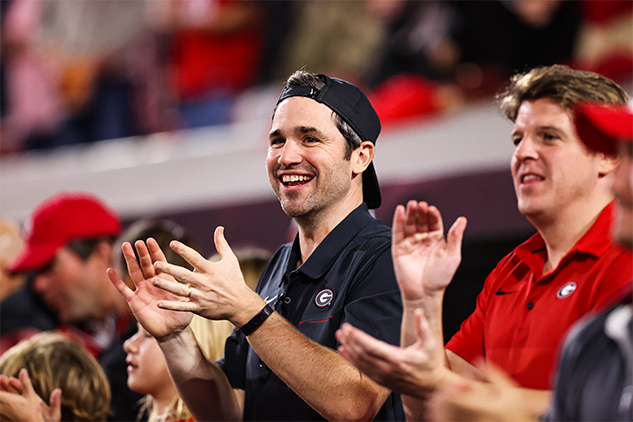 No Dawgs? No Problem: 4 Games Georgia Fans Should Watch This Weekend

After a 41-24 defeat in Tuscaloosa against No. 2 Alabama last Saturday, the now 4th-ranked Georgia Bulldogs were originally scheduled to take on Kentucky in Lexington this weekend, but once again, 2020 has other plans.

The SEC announced some scheduling changes last week due to positive tests and quarantine of individuals related to COVID-19. After some switching and swapping, the Bulldogs are now slated to take on the Tigers not this weekend but next, thus moving their off-week up to this Saturday.

But just because Georgia is off this week, doesn’t mean your TV should be. There are still quite a few big matchups in Week 8 that should not only be fun to watch, but could have big implications on Georgia’s season from here on out.

With that said, here are four games that Bulldog Nation should keep their eye on this Saturday:

Eight weeks into the 2020 college football season, the Big 10 is finally joining the party. After the conference officially canceled the 2020 season in August and then undid that decision a month later, the Big 10’s top-ranked team Ohio State opens their conference-only schedule at home against Nebraska. For Georgia fans, this is another opportunity to watch former Bulldog-now-Buckeye quarterback Justin Fields, but it’s also the first glimpse at an Ohio State team that should challenge Georgia for a spot in the 2020 College Football Playoff.

If you haven’t already seen enough of these two, watch Georgia’s last two opponents square off this weekend in the latest installment of the “Third Saturday in October” rivalry that has been played without interruption since the second World War. The last decade has seen a smoky ‘Bama locker room with Alabama’s recent dominance in the series making the post-game victory cigars all but a certainty. The Nick Saban-led Tide are a heavy favorite again, but Vols head coach and former Alabama defensive coordinator Jeremy Pruitt will look to be the first of Saban’s former assistants to beat him as a head coach.

If you’d said before the season that after four games, Oklahoma State and Iowa State would be the two highest-ranked teams in the Big 12, nobody would’ve believed you. But after poor starts from powerhouses Oklahoma and Texas, this Saturday’s matchup between the Cyclones and Cowboys could go a long way to deciding the Big 12 conference champion.

ESPN’s College Gameday will be in Minneapolis for the only matchup between two ranked teams in the Big 10’s opening weekend. SEC fans may recall Minnesota’s strong finish to the 2019 season with an upset win over Auburn in the Outback Bowl. On the other side, the Wolverines, led by sixth-year head coach Jim Harbaugh, will need to start the season off right with a win if they hope to challenge bitter rivals Ohio State and win their first Big 10 championship since 2004.

Nathan Moore is a senior majoring in journalism at the Grady College of Journalism and Mass Communication at the University of Georgia. 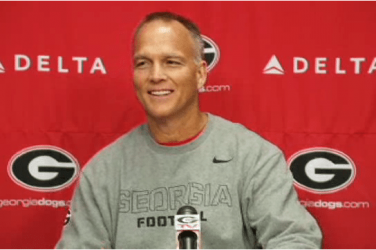 By Ben Bolton ATHENS, Ga. – The UGA football team held a  scrimmage in ... 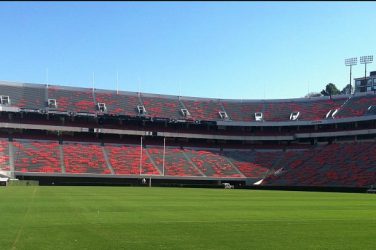 VIDEO: Richt and Players Get Ready for Auburn Game

Georgia continued its preparations for the Auburn game by previewing the matchup at the ...

The Georgia Bulldogs clinched the SEC East and a berth in the SEC Championship ...