The University of Georgia reCYCLE program began in 2014 when student workers in transportation and parking services noticed a lot of abandoned bikes on campus bike racks.

Now, it has grown into a stream-lined program that collects and refurbishes deserted bicycles to give to UGA students and faculty in need of transportation, according to Jason Perry. Perry is a program coordinator for the UGA Office of Sustainability and self-proclaimed “local expert on what to do with junky bikes.”

Why It’s Newsworthy: In light of the coronavirus pandemic, many UGA students and Athens residents may be wary of taking public transit but do not have another option. UGA ‘reCYCLE’ recycles unused bikes to provide private vehicles to those in need.

The reCYCLE program is run by a coalition of partners including the UGA Office of Sustainability, UGA Transportation and Parking, UGA Police Department and the local non-profit BikeAthens.

Student Care and Outreach refers students in need of a bicycle to the UGA reCYCLE program through the Office of Sustainability, according to Stan Jackson, assistant to the vice president of student affairs.

“These bicycles can ease the burden of not living close to a UGA or Athens-Clarke County Transit bus stop and allow the student to be as efficient as possible with their time,” he said.

Students may need a bike to travel to classes and meetings on campus, appointments off-campus, or a job in the local community, especially if they don’t have a car or on-campus parking spot.

“The most valuable part of this program is collaborating with other units to campus to provide access to a resource that may not otherwise be available for students,” said Jackson.

After the students who launched the reCYCLE program graduated, UGA Transportation and Parking did not have enough resources to manage abandoned bikes piling up on campus, so Perry stepped in to streamline the process

Any bike that appears to be abandoned on a campus bicycle rack undergoes a 90-day tagging process followed by another 90-day impoundment, facilitated by the UGA Police Department, before it is formally declared abandoned. The bikes which are salvageable after this 180-day period are then given to BikeAthens, whose volunteers refurbish them into working condition.

Since Perry took over the program in November 2017, UGA reCYCLE has impounded, refurbished, and redistributed 176 bikes sourced from campus, he said.

Perry hypothesizes that many parents buy an affordable bike for their freshmen children on move-in day and students lock it up outside residence halls like Creswell, only to forget about it later.

“The reCYCLE program is a silver lining to a bigger problem of having to deal with basically metal garbage all over the place that’s hard to remove,” he said.

Perry hopes that programs like reCYCLE will continue to mitigate the build-up of bike waste on campus and increase accessibility to sustainable transit for all community members.

“We would prefer people ride their bikes and take care of them,” he said.

The Athens area has limited public transportation options after you leave the bubble of campus bus routes and sidewalks, a problem which UGA reCYCLE seeks to alleviate.

“If you are a low-income resident or someone without a car, you’re in a pretty bad situation,” said Manasi Parkhi, a Ph.D. student in the UGA College of Environment and Design.

Athens Transit buses only run once every hour per route which cuts off many residents from accessible, reliable transportation.

Increased bike accessibility bridges the gap between those who own cars and those who do not, provides more options for transportation and benefits community members’ health. It can also help bring new infrastructure to neighborhoods whether that be funding for new bike lanes, sidewalks or access to parks, said Parkhi.

“It does more than what buses and cars can actually do,” she said.

The most valuable aspect of the UGA reCYCLE and BikeAthens initiative is their advocacy for bike infrastructure, said Parkhi. Additionally, both organizations have the resources to produce and publish research, facts and figures on bicycle transportation’s benefits to the community.

“There’s always a way to bring more transportation in if there are organizations that do enough research and advocate for those policies and changes,” she said.

In recent years, there have been many local developments connecting bike trails to streets and increasing bike accessibility, but there is still progress to be made, said Parhi. UGA reCYCLE offers a step in the right direction. 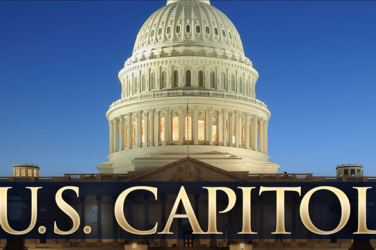 Georgia Representatives Under Fire for Refusal to Hold Public Meetings 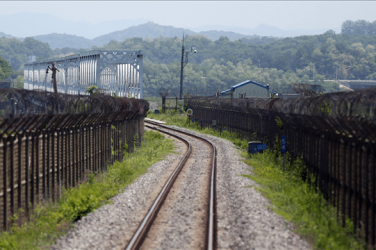